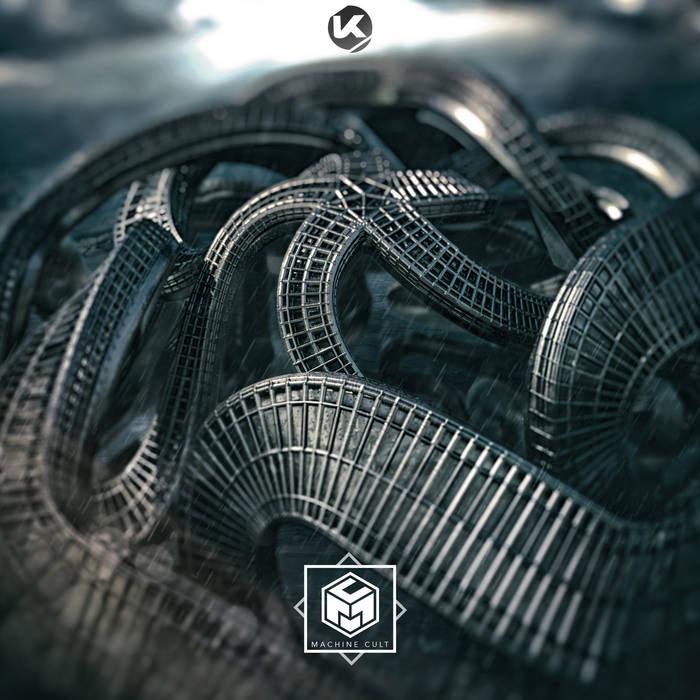 It’s time for another release from Kosen Productions – the French label who’ve shown an undeniable penchant for releasing high quality music at a staggering rate. And it’s not just scene heavyweights such as Signs, The Clamps and Nickbee who’ve paved the way in recent years for the imprint. It’s also artists like Machine Cult, who Kosen have spent time identifying amongst the tide of emerging newcomers. And he leads the charge for their next release, a four track EP which will surely be the turning point for a blossoming production career.

With first track ‘Deepmind’ serving as a climatic entree, Machine Cult lets you know exactly what he’s about. Weighty pads and a zig-zagging bassline characterise the artist’s signature, pushing forward on sub-heavy kicks and punchy sonics. Machine Cult gives his own take on the neurofunk vibe, with pitched up instrumentals and a drop which throws you straight into a dancefloor-lead set of hooks. ‘Conduit’ is your second helping, a track which shakes you to the core, building up on dark atmospherics and carefully strung arpeggios. Layer by layer, the intensity rises, with the pace quickening alongside an explosion of beats. ‘Conduit’ runs like a freight train, unstoppable in its driving power and leading you on top of a colossal mix.

For the EP’s second part, ‘Data Husk’ features a more minimal approach. Flickering drums and distorted LFO orchestrates a dark, aloof feel to the record. Humanistic overtures act as synths, peaking between each cautiously manufactured segment. Orchestral undertones are also made identifiable, pushing forward between each twisting loop of bass. ‘Data Husk’ is a nod to Machine Cult’s moody underbelly, proving just how deep the producer can go. ‘Tech Priest’ is the final cut on the EP’s track listing. With pulsing bass and clinking, metallic breaks, diced up, robotic samples are planted at articulated intervals, helping to open up the track’s menacing backdrop. Reminiscent of the old-school, darkly lit rollers which made drum & bass so infamous, Machine Cult proves he knows his history. Not only is this another pivotal signing for Kosen, but it’s also an exciting new installation for the whole drum & bass community.